For The Outlaws, it’s always been about the music. For more than 40 years, the Southern Rock legends celebrated triumphs and endured tragedies to remain one of the most influential and best-loved bands of the genre. Today, The Outlaws have returned with new music, new focus, and an uncompromising new mission: It’s about a band of brothers bound together by history, harmony, and the road. It’s about a group that respects its own legacy while refusing to be defined by it’s past. But most of all, it’s about pride.

It’s About Pride was also the title of the band’s acclaimed 2012 album, universally hailed as their victorious comeback. “Because The Outlaws had been out of the public eye for so long, it was almost like starting over,” explains founding singer / songwriter / guitarist Henry Paul. “But because of the band’s history, we dig deeper, write better, perform stronger. Everything we do is to reinforce the notion that The Outlaws still matter, and that Southern Rock will always matter. It’s a message we’re proud to bring into the 21st century.”

History lesson: Formed in Tampa in 1972, The Outlaws – known for their triple-guitar rock attack and three-part country harmonies – became one of the first acts signed by Clive Davis (at the urging of Ronnie Van Zant) to his then-fledgling Arista Records. The band’s first three albums The Outlaws, Lady In Waiting, and Hurry Sundown – featuring such rock radio favorites as ‘There Goes Another Love Song,’ ‘Green Grass & High Tides,’ ‘Knoxville Girl,’ and ‘Freeborn Man’ – would become worldwide gold and platinum landmarks of the Southern Rock era. Known as ‘The Florida Guitar Army’ by their fans, The Outlaws earned a formidable reputation as an incendiary live act touring with friends The Allman Brothers, Lynyrd Skynyrd, The Marshall Tucker Band and The Charlie Daniels Band, as well as The Doobie Brothers, The Who, Eagles and The Rolling Stones. Henry Paul left after the group’s third album to form The Henry Paul Band for Atlantic Records, and later co-founded the multi-Platinum country trio BlackHawk. Over the next 20+ years, The Outlaws would experience rampant personnel changes, tonal missteps, ill-fated reunions, and bitter trademark battles that left fans, not to mention Paul, frustrated and saddened. And with the tragic deaths of co-founding members Frank O’Keefe and Billy Jones in 1995 and songwriter/vocalist/lead guitarist Hughie Thomasson in 2007, it was feared that The Outlaws’ trail had come to an end.

When Henry Paul took leadership of the band in 2008, he firmly put The Outlaws back on a path both trusted and celebrated by longtime fans. “Audiences discovered that The Outlaws have something to say that is as engaging as when we began,” says Paul, “which is why every night when we perform, we give nothing less than everything we’ve got.” Along with founding member Paul, the band features several of Southern Rock’s most respected players: Keyboardist/vocalist Dave Robbins is a co-founding member of BlackHawk and has written hits for artists that include Restless Heart, Kenny Rogers and Eric Clapton. Longtime bassist/vocalist Randy Threet has performed with Trisha Yearwood, Pam Tillis, and BlackHawk, and is familiar to audiences from USA Network’s ‘Nashville Star.’ Lead guitarist Jimmy Dormire has played to millions with Confederate Railroad, Colonel Bruce Hampton, and The Luke Wheeler Band on the TV series Nashville. Drummer Michael Grando – who replaces the band’s retired / beloved co-founder Monte Yoho – has powered the beat for artists that include Joe Diffie, Jason Aldean, and Chris Knight. Vocalist / co-guitarist Jeff Aulich brings new fire to the band’s harmony arrangements and six-string pyrotechnics. The Outlaws have not only re-emerged as what fans now call ‘Southern Rock’s Last Band Standing,’ but as a dedicated band of brothers who still write, play and perform with the skill, grit, and fire of acts a fraction of their age. “I want the fans to see the band’s growth and recognize the quality of the music,” Henry says. “We’re focused on where we come from, where we’re headed and how much fun we’re still having on the ride.”

As live performers, the band burns hotter than ever. “The Outlaws helped define Southern Rock for me and for generations of fans,” wrote music journalist Bill Robinson in The Huffington Post. “Seeing them onstage with The Charlie Daniels Band, The Marshall Tucker Band, The Allman Brothers, Lynyrd Skynyrd or countless others was, for a long time, one of the best experiences I could have. And so it was again when I saw The Outlaws play recently.” The band’s concerts – vividly captured in their 2016 double album Legacy Live – are blazing 2+ hour tributes to the band’s rich history and fiery rebirth. Classic tracks and fan favorites from the first three albums – as well as The Henry Paul Band’s definitive ‘Grey Ghost’ – share the spotlight with songs from It’s About Pride and 2020’s acclaimed Dixie Highway that have been enthusiastically embraced by audiences. “I think our new material goes back to those three classic Outlaws albums, when the band was proud of its influences from country, blues and jazz,” says Paul. “Plus, Jimmy and Jeff have honored and maybe even stepped up the legacy of ‘The Guitar Army’. Our goal is to unite the fans and bring the band back into the light. It’s about finishing what we started.” For Henry, Dave, Randy, Jimmy, Michael, and Jeff, it’s also about a band of brothers who love playing their own brand of rock, and who 40+ years ago first got the chance to share it with the world.

For The Outlaws, it’s still about the music. And now more than ever, it’s about pride.

Indulge your senses in great food and dine at one of our on-site restaurants before the show! Click to make a reservation for dinner before the show at Seaglass Restaurant or Capri Seaside Italian Kitchen + Pizzeria 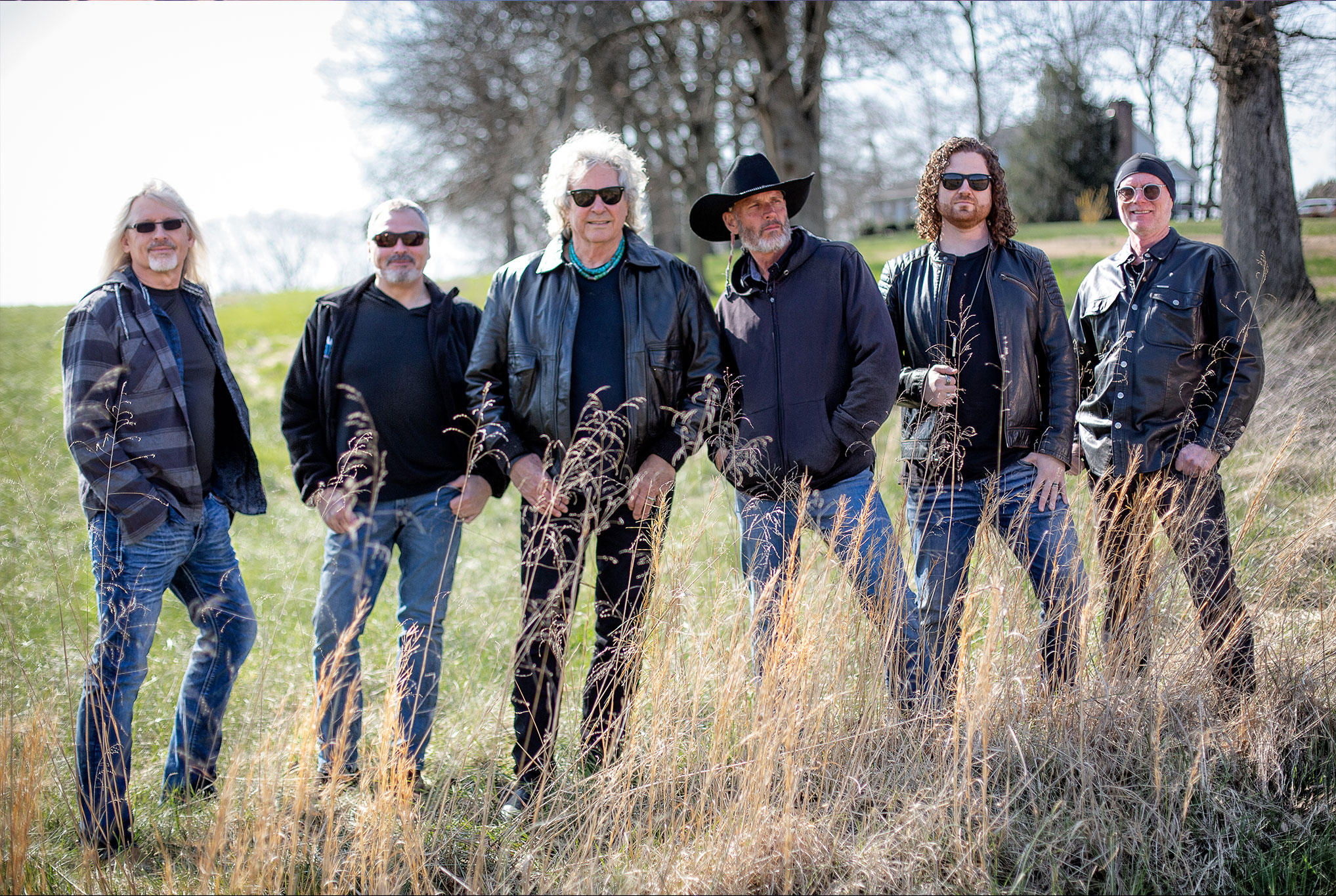